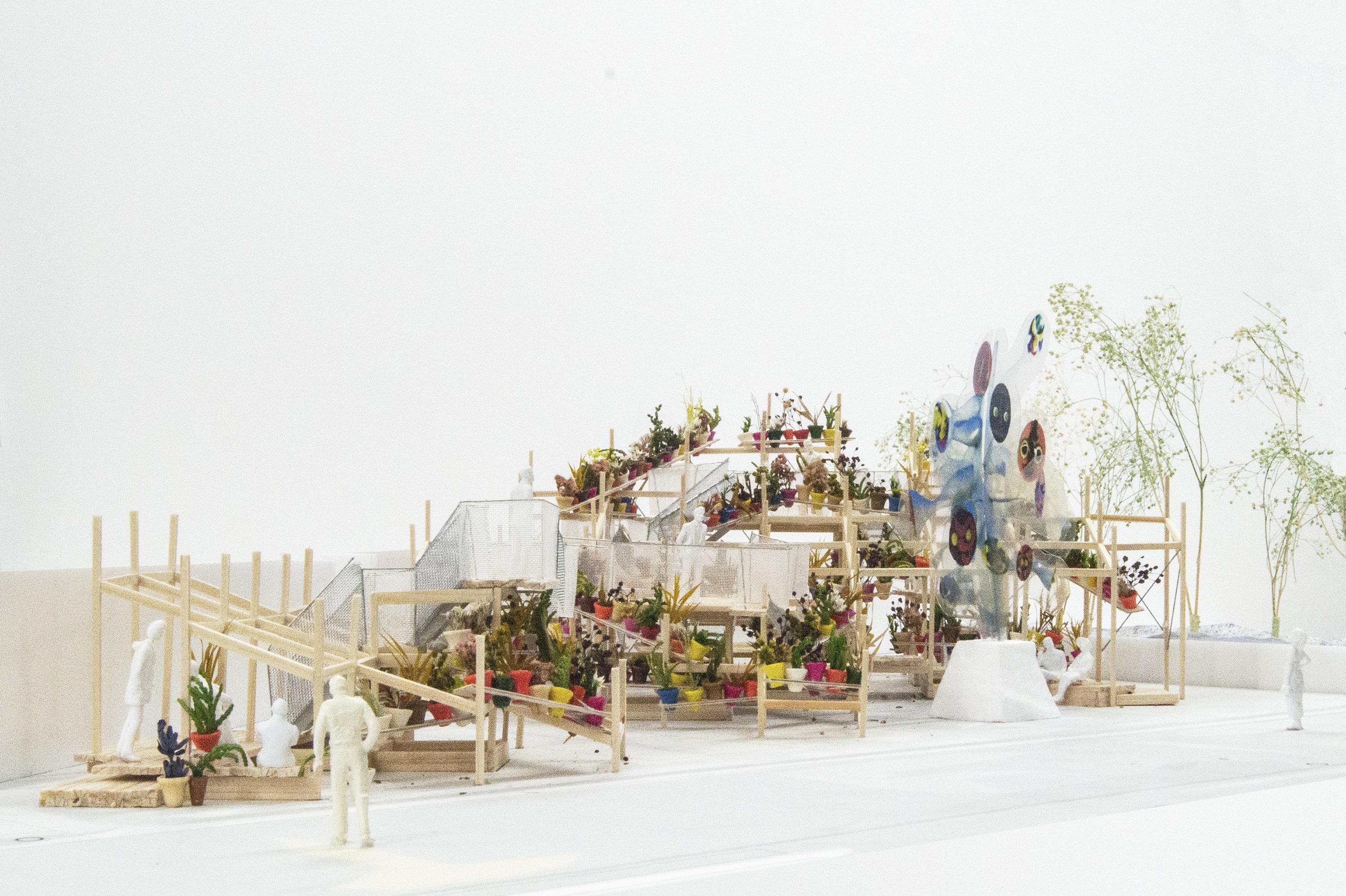 “We can say that gardening is the smallest scale of order in a city like Tokyo. Through this pavilion, I want to present the story of the plants and streets in Tokyo” (Teppei Fujiwara) 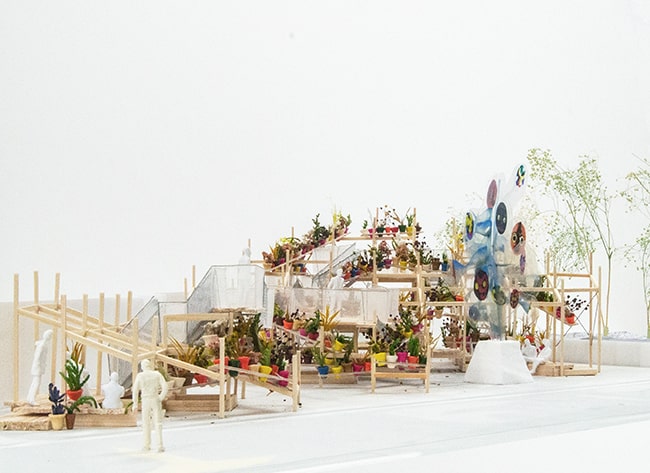 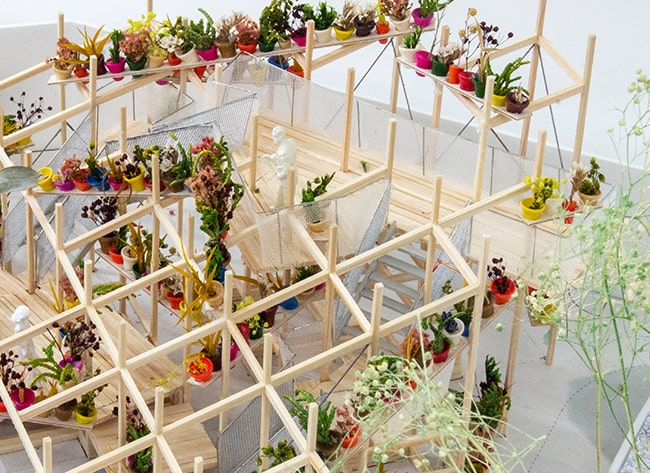 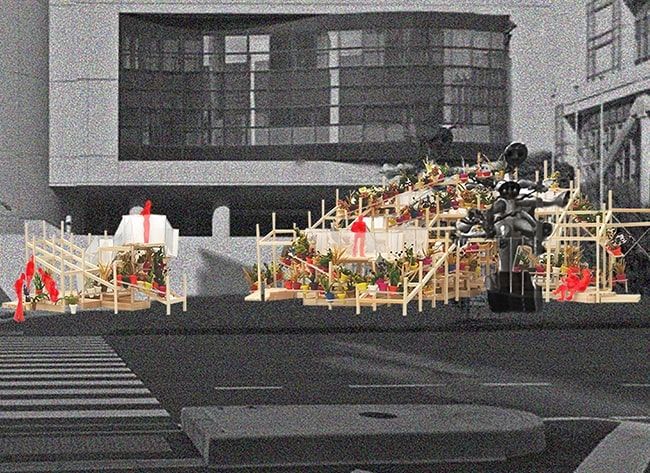 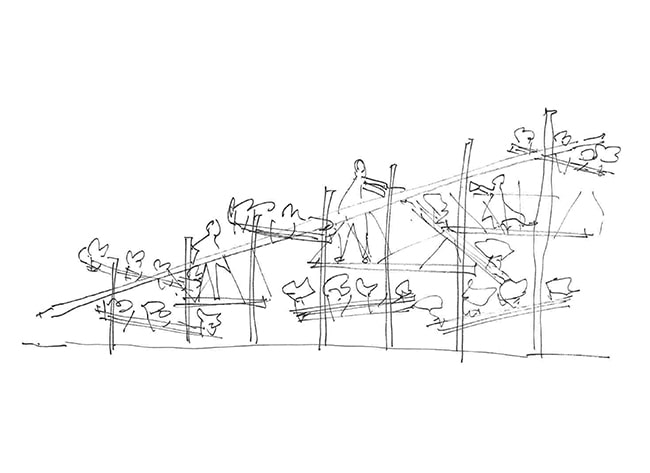 When the project initially started in 2018, Teppei Fujiwara (1975-) who was interested in the history of streets as the origin of theatre, was planning to design a pavilion under the theme of “a street-like theatre”. However, after reflecting on the immense changes over the past year, he saw it as an opportunity to rethink the role of how theatre can help to find a response. Fujiwara decided to create “a theatre for plants and people” where the gardening culture inherited from the Edo Period is presented as a continuous legacy of our relationship with the natural world.
The completed pavilion is made of an open wooden framework, designed to enable plants to grow entangled with the people and culture of the city. The “plant beam” is a structural beam that also plays home to a diverse collection of vegetation. A small architectural element that creates a place for plants to belong, which can also be used as furniture for people to sit on and rest.
This pavilion is a story of how plants and people come together in Tokyo. A new kind of garden within the city where people can experience the growth and evolution of vegetation. We hope that you can participate in some of the activities on offer and join in this longstanding urban culture of making gardens in Tokyo.

Venue: In front of the former “National Children’s Castle”
5-53-1, Jingumae, Shibuya-ku, Tokyo
Opening Hours: 10:00-18:00
Note: There is no dedicated parking lot. Please refrain from coming to the venues by car as parking is limited in the neighborhood.

Note: There is no dedicated parking lot. Please refrain from coming to the venues by car as parking is limited in the neighborhood.

Please Note:
Please do not touch the plants.
Please do not run in the pavilion. Please be careful especially when it rains, as the footpath can be very slippery.
Entrance may be restricted during busy times. 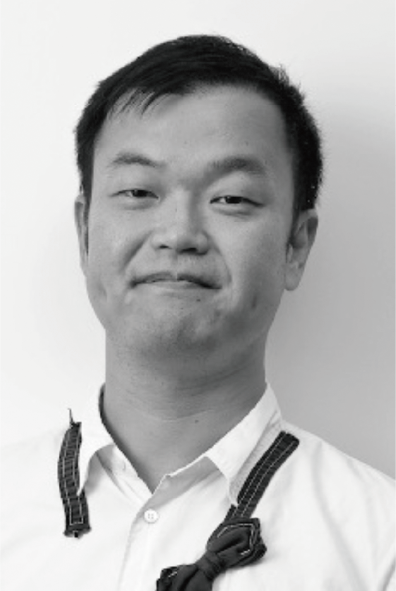 Teppei Fujiwara
Born in 1975. He got his master degree from the Yokohama National University. Before he established his own firm, FUJIWALABO in 2009, he had worked in Kengo Kuma & Associates from 2001 and designed many projects in more than twenty cities in the world; Ti any Ginza, Sanlitun Soho in Beijing, Asakusa Culture Tourist Information Center, FRAC Marseille, and more. He also acts as a director of a NPO Drifters International from 2010 and an assistant professor of Y-GSA at Yokohama National University from 2012. His practices cross the border between architecture and other fields including art, theater and urban scale matters. His representative works are KURKKU FIELDS, Nasushiobara Community Center Kururu, Inamura House and Gardens, and venue design for Reborn-Art Festival 2017.